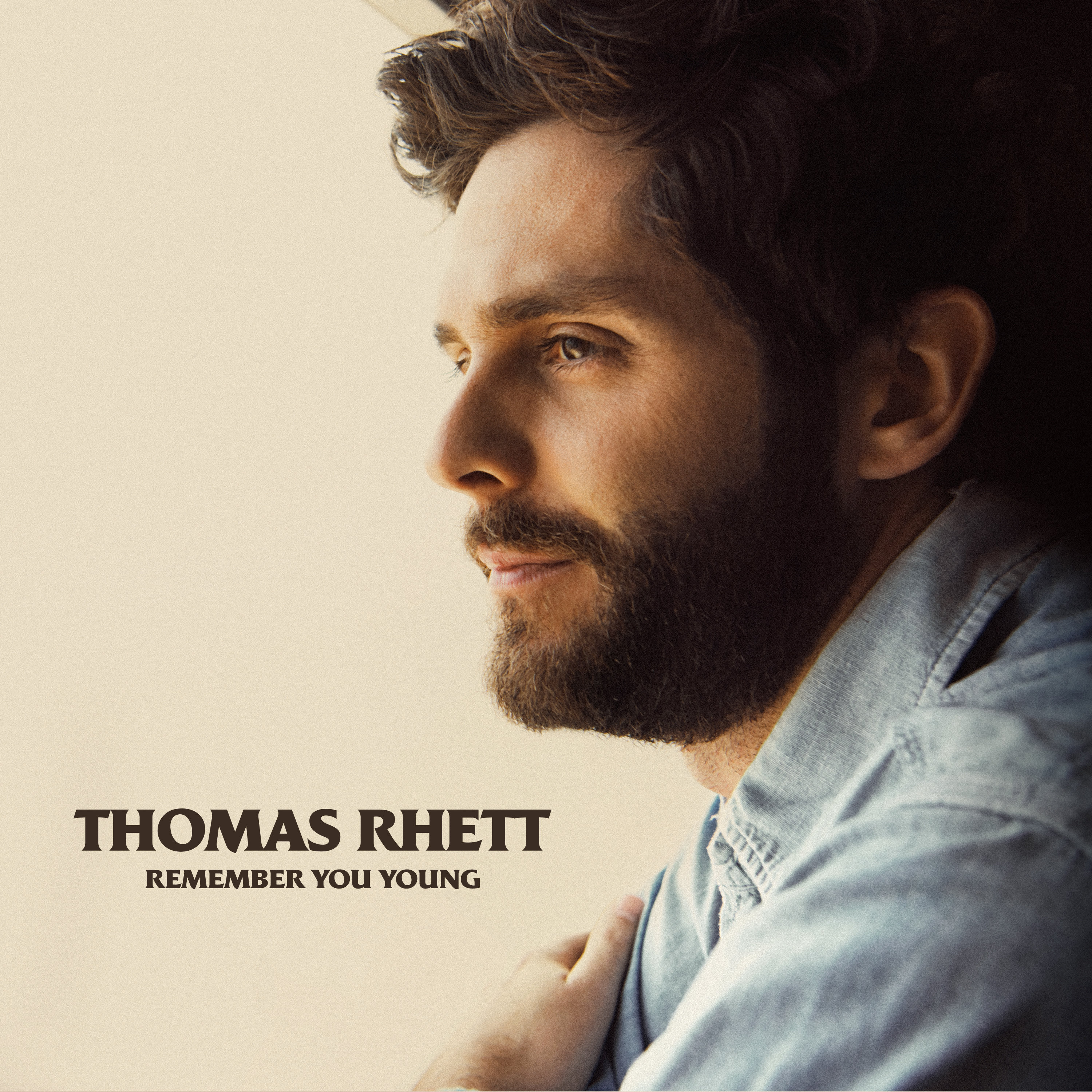 Single Art Courtesy of The Valory Music Co.
NASHVILLE, TN (July 15, 2019) – Reigning ACM Awards Male Artist of the Year THOMAS RHETTcontinues to ride the momentum of his history-making album CENTER POINT ROAD (The Valory Music Co.) as his “affecting” (Rolling Stone) new single “Remember You Young” is welcomed to Country radio today. Serving as the second single from his fourth studio album, which remains the only country album to debut atop the Billboard 200 Albums Chart in 2019 and earned the highest streaming debut for a country album ever, the sweeping song of reflection was written by chart-topping collaborators Thomas Rhett, Jesse Frasure and Ashley Gorley.

As “few singers have played a larger role in defining the sound of country music over the past half-dozen years than Thomas Rhett” (Rolling Stone), fans and critics have immediately embraced the “sweet homage to Thomas Rhett’s friends and family” (American Profile) with “Remember You Young” already mounting 12.4 million on-demand streams.

“…an emotional epic that encompasses childhood friends, his marriage, his children and his faith” – Billboard

“A tear-jerking country ballad about the years that fly by and the memories that refuse to dissipate. The second single from Center Point Road, ‘Remember You Young’ was co-written and co-produced by Rhett, whose catalog of wedding-worthy hits just gained another highlight. – Rolling Stone

“‘Remember You Young,’ Rhett’s next country single, and likely his 14th to go to No. 1, with Rhett reminiscing about his wife when they were college kids, and treasuring his own child’s fleeting innocence.” – Milwaukee Journal Sentinel

“Thomas Rhett potentially has another massive hit on his hands.” – All Access

Up next, Thomas Rhett returns to co-host and perform at this year’s “CMA Fest,” airing on Sunday, August 4 at 8:00P ET/7:00P CT on ABC. The in-demand entertainer has also earned two Teen Choice Awards nominations including Choice Country Artist and Choice Country Song for his recent No. One smash “Look What God Gave Her.” Fans can vote online here ahead of the live show on Sunday, August. 11, on FOX at 8:00P ET.

Thomas Rhett’s fourth studio album CENTER POINT ROAD debuted atop the Billboard Top 200 and made history earning the biggest streaming debut for a country album ever. The album connects fans to Thomas Rhett’s past, weaving together autobiographical stories with familiar sounds that have propelled his meteoric career. The follow up to his GRAMMY®-nominated, PLATINUM-selling No. one album LIFE CHANGES that has surpassed one billion streams, CENTER POINT ROAD is a return to Thomas Rhett’s roots. All those moments and more are revealed through a series of deeply-personal twists and turns – but this project isn’t about pining for glory days. It’s about knowing where you came from and who you really are, regardless of how much has changed. It’s about pushing forward, chasing crazy dreams and raising a family, and staying true to yourself in the process. The album’s lead single “Look What God Gave Her” recently soared to No. 1 and is RIAA-certified GOLD, following a slew of RIAA-certified PLATINUM and GOLD chart-toppers, bringing Thomas Rhett’s No. 1 tally to 13. Thomas Rhett was named country radio’s most played artist of 2018, following a CMA Triple Play award for penning three No. 1 songs within a 12-month period, adding to his collection of trophies from the Country Music Association, Academy of Country Music, Billboard Music Awards, CMT Music Awards and more. Thomas Rhett’s headlining VERY HOT SUMMER TOUR will continue to “sizzle” (The Spokesman-Review) with special guests Dustin Lynch, Russell Dickerson and Rhett Akins in Columbia, MD on (7/18) and Darien Center, NY (7/19). For more information on new music and upcoming tour dates, visit ThomasRhett.com.

Country Music Hall of Fame(R) and Museum Announces All For the Hall Los Angeles...