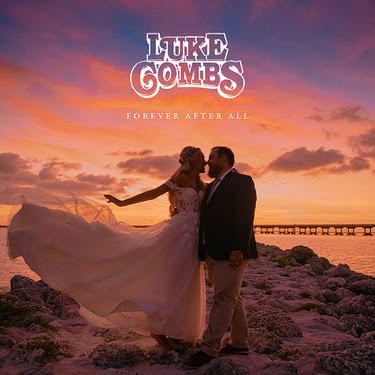 TIES RECORD FOR MOST #1’S FROM THE SAME ALBUM 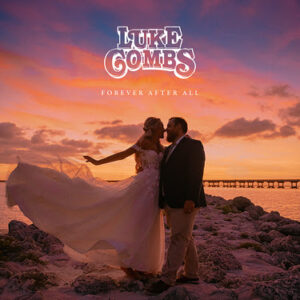 ACM, CMA and CMT Award-winning artist Luke Combs’ Platinum-certified single, “Forever After All,” is #1 this week on the Billboard Country Airplay chart. This is Combs’ eleventh-consecutive #1 single, a first on the chart, as well as his sixth-consecutive #1 from his new deluxe album, What You See Ain’t Always What You Get—tying the record for most #1 singles to come from the same album. The song, which also tops Billboard’s Hot Country Songs and Country Streaming Songs charts this week, debuted at #2 on the all-genre Billboard Hot 100 chart this past November—the highest entrance ever for a male country solo artist.
Out now on River House Artists/Columbia Nashville, What You See Ain’t Always What You Get debuted at #1 on the all-genre Billboard 200 chart as well as Billboard’s Top Country Albums chart last fall. The special deluxe edition features all 18 tracks from Combs’ double Platinum-certified, global #1 album, What You See Is What You Get, as well as five new songs. With the release, Combs reached #1 on Rolling Stone’s Top 200 Albums chart, Top 100 Songs chart and Artists 500 chart—the first country artist ever to lead all three charts in the same week and first to top the Artists 500.
Combs also recently made history as the first artist ever to have their first two studio albums spend 25 weeks or more at #1 on Billboard’s Top Country Albums chart—breaking Taylor Swift’s previously held record at 24 weeks. The achievement comes as What You See Is What You Get topped the chart for the 25th time last summer, while his 2017 debut, This One’s For You, has spent 50 non-consecutive weeks at #1—tying the record for the longest reign atop the chart with Shania Twain’s Come On Over in 1997.
Adding to an already groundbreaking and historic career, Combs will return to the stage this fall with his massive headline arena tour, featuring a special new in-the-round stage design. Kicking off in September at Raleigh’s PNC Arena (two nights), the tour includes stops at New York’s Madison Square Garden (two nights), San Francisco’s Chase Center, Houston’s Toyota Center, Chicago’s United Center (two nights), Dallas’ American Airlines Center (two nights) and Boston’s TD Garden (two nights) among several others. Combs will also perform his first ever headline stadium show at Boone, NC’s Kidd Brewer Stadium on September 4. See below for complete itinerary.
WHAT YOU SEE AIN’T ALWAYS WHAT YOU GET TRACK LIST
1. Beer Never Broke My Heart
2. Refrigerator Door
3. Even Though I’m Leaving
4. Lovin’ On You
5. Moon Over Mexico
6. 1, 2 Many (feat. Brooks & Dunn)
7. Blue Collar Boys
8. New Everyday
9. Reasons
10. Every Little Bit Helps
11. Dear Today
12. What You See Is What You Get
13. Does To Me (feat. Eric Church)
14. Angels Workin’ Overtime
15. All Over Again
16. Nothing Like You
17. Better Together
18. Six Feet Apart
19. Cold As You
20. The Other Guy
21. My Kinda Folk
22. Without You (feat. Amanda Shires)
23. Forever After All
https://nashvilleinsider.tv/wp-content/uploads/2021/06/LukeCombs.jpg 375 375 Michael Glynn https://nashvilleinsider.tv/wp-content/uploads/2018/04/logo-yes.png Michael Glynn2021-06-03 22:02:542021-06-03 22:08:39LUKE COMBS ACHIEVES ELEVENTH-CONSECUTIVE #1 SINGLE WITH “FOREVER AFTER ALL”
0 replies