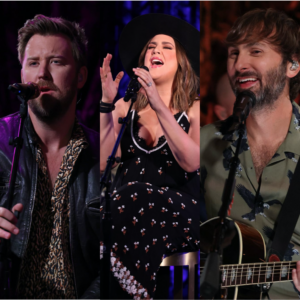 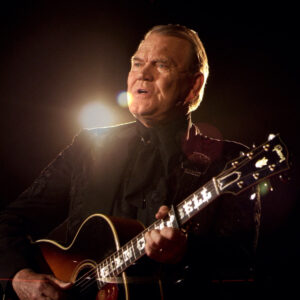 For the last decade, public television’s critically acclaimed live music series “Front And Center” has showcased an eclectic variety of musicians, from industry veterans to emerging artists, in an intimate setting that uniquely connects an artist to their fans. Artists play their defining hits and introduce new work in a dynamic hour of music and banter about life on the road, songwriting influences and the hard work and heartbreak that come before the sold-out shows and crowded award shelves. Season 10 premieres nationwide beginning August 1 on public television stations (check local listings) with eight concerts that span genres from Rock to Country to Blues to New Age.

In a slight departure from the series’ usual format, Season 10 launches with an archival concert by the late Glen Campbell, recorded in August 2008 at the Troubadour in West Hollywood. Campbell returned to the iconic club, treating the audience to a mix of Campbell standards like “By the Time I Get to Phoenix,” “Wichita Lineman,” “Galveston” and “Rhinestone Cowboy” along with instant-classic covers of hits by U2, Tom Petty and the Heartbreakers, The Velvet Underground, The Replacements, Green Day, Foo Fighters, John Lennon and Yoko Ono and Scottish band Travis. It was a night of music that explored the commonalities of genres, country-tinged arrangements and how good live music feels. This PBS “Front And Center” special demonstrates why Campbell was a beloved American voice – and still inspires viewers with its exuberant performances. Watching the last live, full-concert performance that Campbell recorded, now four years since he passed in 2017, fans are reminded of the rare talent for exceptional guitar playing, phrasing and vocals this legend brought to whatever song he interpreted. The show is also available as a full-length album on Surfdog Records/Big Machine Records.

Platinum-selling Country artist Dustin Lynch’s February 2020 concert is a celebration of the release of his acclaimed album Tullahoma one month prior. Lynch’s heavily autobiographical set list includes the title track inspired by his childhood hometown 75 miles from his current Nashville stardom, his multi-week No. 1 smash “Small Town Boy” and 2012 breakout debut “Cowboys and Angels,” about his grandparents’ 65-year love story which he plays in this concert as an acoustic solo. Fixing his jacket so his mom “doesn’t get mad,” Lynch energizes the crowd in person and at home, a pre-COVID recorded reminder of how exciting packed live music performances were and will be again.

Southern Rocker Brantley Gilbert brings his band along for a stripped-down set of his No. 1 hits that lyrically span both the party and the pew. The very personal set list includes hits inspired by his courtship with his wife (“You Don’t Know Her Like I Do,” “If You Want a Bad Boy”), his nine years of sobriety (“Bottoms Up”) and more. Gilbert also invites his co-writers for three of his number one hits – Brian Davis (“One Hell of an Amen”), Mike Dekle (“Country Must Be Country Wide” and “One Hell of an Amen”), Justin Weaver and Brett James (both on “Bottoms Up”) – on stage to perform with him and chat about the songwriting process, how performance can change a song, why everyone in music dresses in all black and Gilbert’s history of stage acrobatics.

Country-pop five-piece band Old Dominion gets warmed up for their first headlining tour in a performance recorded on the 5th anniversary of their first album. Between songs in a set that includes their biggest hits – “Never Be Sorry,” “One Man Band,” “Make it Sweet” and more – as well as a first-time-in-concert cover of Bill Withers’ “Lean on Me,” front man Matthew Ramsey shares stories of a lyrical mishap that brought them closer to their fans in Chicago, a soundcheck that resulted in a last minute addition to their album Meat and Candy and more.

Lady A joins the season as one of the 21st century’s premier vocal groups with the highest certified song by a Country group (the 9x Platinum “Need You Now”). The multi-GRAMMY winning trio of Hillary Scott, Charles Kelley and Dave Haywood, who recently earned their 11th career No.1 with “Champagne Night,” perform fan-favorite songs both old and new from their decade of award-winning hits.

Maddie & Tae, longtime friends and music collaborators who first broke out in 2013 with their brilliant counter to “Bro-Country” – “Girl in A Country Song” – and are now the first and only Country twosome with multiple No. 1s, showcase their tight harmonies in a concert that includes that first Platinum-selling smash plus their Double Platinum-certified hit “Die from a Broken Heart” as well as their latest, “Woman You Got.”

While traveling the world as an operatic vocalist, Sangeeta Kaur was introduced to the power of spiritual mantra as well as the discipline of yogic practices that have influenced her musical expression. Her performance for “Front And Center” showcases her innovation and creativity, merging classical and contemporary music approaches for a performance enhanced by gorgeous visuals, graphics and costuming. Recorded in Los Angeles, the concert features a guest appearance by Jon Anderson of YES on the world premiere of his song “Sun and Rain” as well as world-class ukulele player Jake Shimabukuro and world class backing musicians who have worked with Wings, Jimmy Buffett and more icons of the industry. The set includes Sangeeta’s original composition “In All of Time” and a stunning rendition of “Les Feuilles Mortes” set in a virtual magical forest.

About Analog at Hutton Hotel
Analog at Hutton Hotel is an intimate music venue showcasing the industry’s most inspired musicians that gives you an up close and personal experience in a comfortable living-room style setting. It immerses audiences in Nashville’s unrivaled live music scene, where storytelling is prized above all else. Located just steps from the famed Music Row, Analog was designed to provide some of the best venue acoustics in all of Nashville while providing an intimate, interactive and engaging experience for audiences and talent. From the artists; to the design of the lounge seating; to the advanced, innovative technology; to the mixologist providing crafted cocktails — the artistic spirit inspires a unique experience nightly.