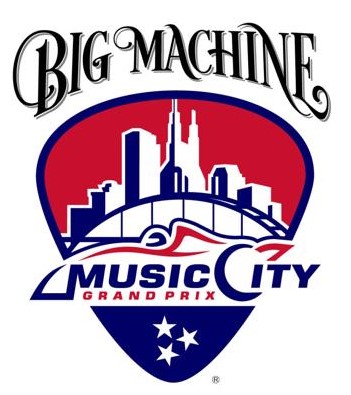 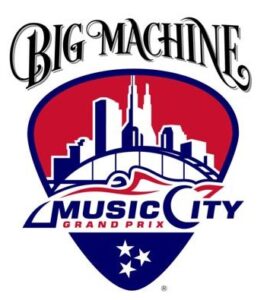 The Big Machine Music City Grand Prix will be giving racing fans an inclusive opportunity to take a front row seat with FanFest on Thursday, August 5. FanFest is free and open to the public, and will be located on Broadway between 1st Ave. and 2nd Ave. This will be the only official Big Machine Music City Grand Prix event to take place on Broadway.

“We are thrilled to be able to kick off the weekend with this free and inclusive experience for racing fans in downtown Nashville,” Big Machine Music City Grand Prix President Chris Parker said. “The chance to get up close with the drivers and cars before the big race will be an unforgettable chance of a lifetime.”

Meet several of your favorite NTT INDYCAR SERIES drivers during an autograph session and pose for photos and selfies with one of more than 15 race cars that will be on display including those from the NTT INDYCAR SERIES, GT America, Trans Am, Stadium SUPER Trucks and, of course, the Big Machine Music City Grand Prix show car. The NTT INDYCAR SERIES team cars on display will be the No. 2 of Nashville’s Josef Newgarden and No. 12 of Will Power from Team Penske; No. 26 of Colton Herta from Andretti Autosport w/Curb Agajanian; No. 51 of Romain Grosjean from Dale Coyne Racing with RWR; No. 18 of Ed Jones from Dale Coyne Racing with Vasser-Sullivan; and No. 06 of Helio Castroneves from Meyer Shank Racing.

The 30-minute autograph session, which begins at 5:30 p.m., will feature NTT

INDYCAR SERIES drivers Alex Palou and Marcus Ericsson of Chip Ganassi Racing; Alexander Rossi of Andretti Autosport; James Hinchcliffe of Andretti Steinbrenner Autosport; Pato O’Ward and Felix Rosenqvist of Arrow McLaren SP; Max Chilton of Carlin; Jones of Dale Coyne Racing with Vasser-Sullivan; Dalton Kellett of A.J. Foyt Enterprises; Santino Ferrucci of Rahal Letterman and Lanigan Racing; and Cody Ware of Dale Coyne Racing with RWR. This will be the only multiple-driver autograph session available for the NTT INDYCAR SERIES during the race weekend, so you don’t want to miss it.

be set up on Broadway and 1st Ave. to capture the Pit Stop Challenge via photo and video, and interviews with drivers will be available at that location as well.

The festival opens with the Music City MINI Grand Prix, a pedal car race for kids down Broadway that begins at 4:30 p.m. All proceeds from the MINI Grand Prix will benefit the youth at Rocketown, a drop-in “student center” where marginalized teens and young people from low-income communities can find peace, purpose and possibilities. For more information or to register for the pedal car race, please visit www.rocketown.org/grandprix.

The Big Machine Music City Grand Prix, a three-day international festival of speed and sound set for August 6-8 offers something for everyone. It will be staged on a temporary 2.17-mile grand prix circuit in Nashville and around the Nissan Stadium campus.

In addition to a weekend of racing, attendees can look forward to the best Nashville has to offer, including live musical performances by top artists, best-in-class food experiences and entertainment that centers on speed in a way only Music City can serve up.

For more information on the Big Machine Music City Grand Prix, visit musiccitygp.com or follow us on Facebook, Instagram and Twitter at @musiccitygp. All ticket options are on sale now while supplies last. Fans can purchase Big Machine Music City Grand Prix three-day packages starting at $119, single-day tickets starting at $35 and festival add-ons at musiccitygp.com/tickets, Ticketmaster.com or by calling the Tennessee Titans’ ticket office at 615-565-4650.

Big Machine Music City Grand Prix is a three-day international festival of speed and sound featuring the NTT INDYCAR® SERIES, GT America, Crosley Stadium SUPER Trucks, and Trans Am series racing events. The event aims to create a comprehensive world-class international destination event that highlights Nashville, Tenn., the Music City and the Mid-South region. It will include music, food, culture and entertainment centered on the speed, technology, skill and excitement of up-close urban INDYCAR and other forms of racing. As a privately funded event, Big Machine Music City Grand Prix is owned and operated by 615GP, LLC. More information is available at www.musiccitygp.com.