A New Record Label From Gibson 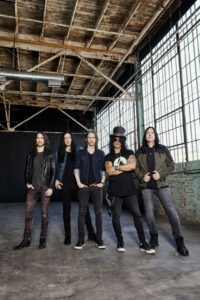 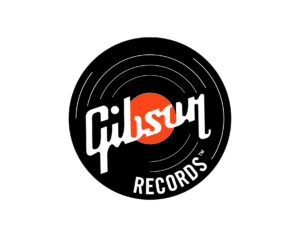 For the past 127 years, Gibson – the iconic American instrument brand – has been synonymous with creating and shaping sound across genres of music and generations of players. Gibson today announced the launch of Gibson Records, headquartered in Music City, Nashville, TN alongside a strategic label partnership with BMG.

Over the past two and a half years, Gibson has launched successful music initiatives built around their iconic brands, premium guitars, and amazing artists. Not to mention initiatives that have re-energized the Gibson fanbase and the music community at large including Gibson Artist Collections, Gibson TV, the Gibson App, the Gibson Generation Group (G3), Gibson Gives, and the newly opened Gibson Garage in Nashville. Gibson Records is the next major step contributing to the evolution of collaborative artist partnerships.

Iconic music that inspired generational movements has been recorded with Gibson guitars since the inception of recorded music. Gibson Records will work with Gibson artists to produce, record, and promote their music to fans around the world, spreading the power of their music, creating, building, and delivering guitar centric music, across genres to fans across the globe.

“Launching a record label that is in service to our artists is the natural evolution of our 127 years of history. Gibson Records will work with Gibson artists to capture, record and promote their music under an artist friendly partnership,” says Cesar Gueikian, Brand President, Gibson Brands. “Gibson Records will keep all of us at Gibson focused on our artist-first culture that is engaged and connected to music. We are excited to launch Gibson Records, to announce that Slash is our first signed artist and that we have entered into a label partnership with BMG.”

Gibson Records has also announced that it has entered into a strategic label partnership for the release with BMG, the world’s fourth-biggest music company.

“It’s an honor to be the first release on the new Gibson Records,” says SLASH. “It’s a zenith in our partnership for sure and having worked so closely with Gibson for so long, I know they will be a label that genuinely supports their artists creatively. Not just me, but all the artists they choose to work with. It’s perfect.”

“Partnering with Gibson Records and BMG presents an exciting and unique opportunity to explore new ideas for marketing and promoting a record,” adds Jeff Varner, Co-Founder of Revelation Management Group (Slash’s longtime manager). “It shows a real commitment on the part of Gibson towards the artist community, and it will serve as a model for future artist releases.  Working with Cesar and the Gibson team has provided a fresh approach to how we can support an album release.”

“BMG congratulates Gibson on the launch of their new label and is proud to collaborate with Gibson Records on its inaugural album release,” says Thomas Scherer, President, BMG Repertoire and Marketing, New York, and Los Angeles. “This is the perfect match between two global brands with an unrivaled reverence for iconic artists and respect to service their creative talents. We are excited to be the worldwide partner for Slash’s new album with Myles Kennedy and The Conspirators and look forward to delivering their new music to fans everywhere around the world.”

Gibson, the leading iconic guitar brand, has shaped the sounds of generations of musicians and music lovers across genres for 127 years. Founded in 1894 and headquartered in Nashville, Gibson Brands has a legacy of world-class craftsmanship, legendary music partnerships, and progressive product evolution that is unrivaled among musical instrument companies. The Gibson Brands portfolio includes Gibson, the leading guitar brand, as well as many of the most beloved and recognizable music brands, including Epiphone, which has been on every stage since 1873, Kramer, the original MADE TO ROCK HARD guitar brand, MESA/Boogie, the home of tone, and KRK, behind great music for over 30 years. Gibson Brands is dedicated to quality, innovation, and sound excellence so that music lovers for generations to come will continue to experience music shaped by Gibson Brands. Learn more at Gibson.com and follow us on Twitter, Facebook, Gibson TV, and Instagram.

Slash – the iconic, GRAMMY-winning, American rock guitarist, songwriter and film producer-has amassed album sales of over 100 million copies, garnered a GRAMMY Award and seven GRAMMY nominations and was inducted into the Rock and Roll Hall of Fame. Slash landed on the top of the charts with his first solo album, Slash (2010) which featured Ozzy Osbourne, Fergie, Myles Kennedy and more. Shortly after, he formed his current band Slash Ft. Myles Kennedy And The Conspirators-which features Myles Kennedy (lead vocals), Brent Fitz (drums), Todd Kerns (bass/vocals) and Frank Sidoris (rhythm guitar)-who’ve been touring worldwide and making music for a decade. The group released the critically acclaimed Apocalyptic Love (2012) which stormed the Billboard Top 200 Albums Chart debuting at #4 as the top rock album and spawned Slash’s first-ever #1 solo radio hits “You’re A Lie” and “Standing In The Sun.” Slash released Nothing Left To Fear (2013) the soundtrack to the first theatrical film co-produced with SLASHfiction, his film/TV production company specializing in the horror genre. The band’s second album, World On Fire debuted to global praise and the album’s title track, “World On Fire” ascended to #1 at U.S. Rock Radio. In 2016, Guns N’ Roses re-united and Slash joined Axl Rose and Duff McKagan for the historic and ongoing “Not In This Lifetime Tour” which Billboard now ranks as the third highest grossing tour of all time. Slash and his band’s most recent release is their critically-acclaimed third album Living The Dream (2018) which Rolling Stone declared “a biting blues filigree at the end of a riff, weeping solos full of long notes and boogie-woogie riffs” and the Los Angeles Times added is full of “unexpected funk, boogie, blues and garage rock influences.” Fueled by the  Top 5 song “Driving Rain,” and the single “Mind Your Manners” as well as,  the best critical praise of their career, Living The Dream debuted with 10, Top 10 chart placements worldwide and by the end of their world tour in 2019, the group had achieved seven consecutive, Top 10 Hit singles at radio. www.slashonline.com

BMG – est. 2008 – is the world’s fourth-biggest music company, the first new global player in the music business of the streaming age, and a record label and music publisher in one. Named in 2020 one of the world’s Most Innovative Companies by Fast Company, BMG’s pitch is unique – a relentless focus on fairness and transparency and service to its artist and songwriter clients. BMG’s 20 offices across 12 core music markets now represent over three million songs and recordings, including many of the most renowned and successful catalogs in popular music history. BMG’s fresh approach includes production music, films, books, artist management, merchandise, neighboring rights, and live as well as music publishing and recordings off the same service platform. BMG is owned by international media, services and education company Bertelsmann, whose other content businesses include the broadcaster RTL Group, the trade book publisher Penguin Random House and the magazine publisher Gruner + Jahr. With its multi-platform perspective, integrated technology platform and commitment to help artists maximize their income, BMG aims to be the best company in music to do business with. www.bmg.com