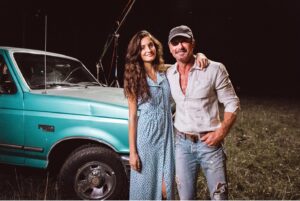 Three-time Grammy® winner and superstar Tim McGraw recently released his first music video since 2018 for his single “7500 OBO” from his critically acclaimed album HERE ON EARTH which was released last summer via Big Machine Records – Watch HERE. The premiere is followed by a YouTube Premium-exclusive afterparty starring Tim and the video’s two directors, Alexa and Stephen Kinigopoulos talking about the video. Making her acting debut starring in her first music video is Tim and wife Faith Hill’s daughter Audrey McGraw.

HERE ON EARTH, McGraw’s 16th studio album, debuted at #1 on the Billboard Country album chart, marking his 4th straight decade with a #1 album on the Billboard Country Album chart. The album was his 19th worldwide #1 and his 17th U.S. #1, tying him for second most #1 albums in the U.S., just behind George Strait.  The album was also re-released in spring with an additional set of songs as the HERE ON EARTH Ultimate Edition to add to the musical tapestry of life presented in the original album.

ABOUT TIM­ MCGRAW
Tim McGraw’s unparalleled career includes sales of over 80 million records worldwide, 44 number one radio singles, 19 number one albums and countless industry awards and accolades. His unique chart achievements include having three singles in the Top 20 of the radio charts on multiple occasions, as well as having two singles spend over 10 weeks at number one.  His last solo project spawned one of the biggest hit singles of all-time, “Humble and Kind,” whose message continues to impact fans around the world including a Spanish version sung by McGraw. He has routinely been cited as one of the biggest touring artists in the history of country music. As part of the host committee, McGraw welcomed the largest outdoor crowd ever to his Nashville performance at the 2019 NFL Draft. He also appeared in the NFL Tailgate Party for Super Bowl LII and the College Football Playoffs 2020. McGraw’s current single with Tyler Hubbard, “Undivided” was the Billboard No. 1 selling Country Single its debut week and was featured in the 2021 Inauguration performance, “Celebrating America” seen across the world.