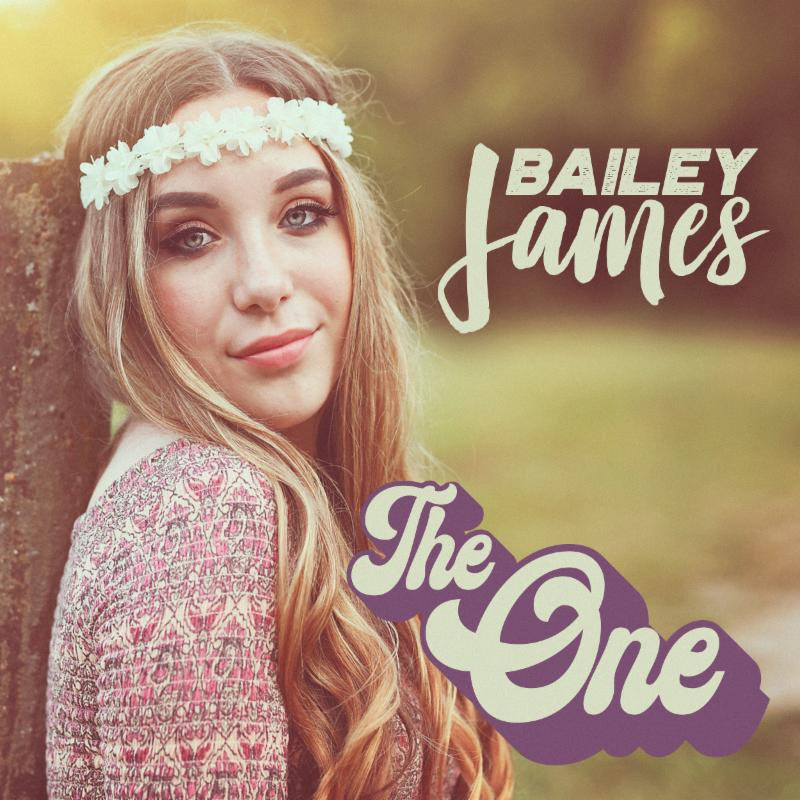 NASHVILLE, Tenn. – On what would have been his 21st birthday, Bailey James is dedicating her latest release, a fan favorite called The One, to older brother Zane Clemens Koehler. Since losing him in 2017, Bailey and her family have openly shared their story in an effort to raise awareness of teen suicide.  With the release of the song, written by Bailey with Steve O’Brien, she brings the unimaginable to light and finds comfort in angels.

The One is available on Apple Music, Spotify and all digital retailers today, (Wednesday, July 17).

“Sometimes a song just happens like it was always there to begin with and you haven’t heard/sang it forever.  The One is that song,” says Bailey. “It was written in 30 minutes.  When you have that much raw pain that you have been holding inside and you finally open up, it is heartfelt, simple and straight to the point.  Everyone at some time has lost or will lose someone that will forever change them. That was my brother, Zane, and this song will forever be his.”

Today, teenagers and younger kids are no stranger to suicide. Recognizing this, Bailey is a role model to these kids. With daily messages from fans on her social media accounts, she courageously uses her voice to speak of her own experiences.  Even before her loss, The Jason Foundation (national organization that is dedicated to the prevention of youth suicide) admired Bailey’s ability to eloquently address the subject rather than treating it as taboo and made her their first National Youth Advocate to help raise awareness.

About Bailey James: With over 150k followers across her social media platforms, this rising country artist is stamping her name on country music.  Bailey’s year began with an unusual trip across the country to participate in the infamous Hollywood Week of American Idol season 17.  Earning the Golden Ticket was a valuable experience that allowed Bailey to showcase her talents and spread her I Won’t Be Silent message to the masses in collaboration with The Jason Foundation.  Most recently she wrapped a full-fledged radio tour in support of her latest release to radio, Devil Won’t Take Me Down — currently sitting at #45 on the MusicRow Country Breakout Chart.

With positive feedback from radio and press including renowned music critic, Robert K. Oermann, who said “I’ve liked everything she’s ever put out so far…she’s a master chef as a singer…” This PA native has appeared and performed at legendary venues such as the Bluebird Café, the Wildhorse Saloon and The Listening Room as well as the home of the Grand Ole Opry — radio station WSM-AM, and taken part in multiple CMA Music Festivals with performances and autograph signings. Her passion for music can be heard in her powerful live performances, advanced songwriting, and a level of artistry that is well beyond her years. The genuine love she has for music and helping others shines through and promises to only grow stronger as this teen continues her musical journey.

Miranda Lambert Comes Roaring Back to Country Radio with New Single, “It...
Scroll to top