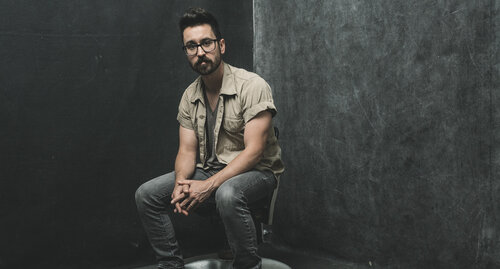 McConnell Rounds Out 2021 with The Wood Brothers in November 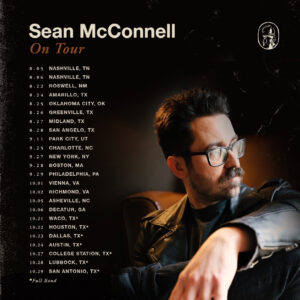 Sean McConnell will kick off a 23-city headlining fall tour on August 5th in Nashville, delivering performances from his “fabulous” (BBC2 Radio) forthcoming album, A Horrible Beautiful Dream, due out August 6th via Soundly Music.

Following McConnell’s headlining tour, the revered songsmith will round out 2021 by joining The Wood Brothers — featured on A Horrible Beautiful Dream’s first single “The 13th Apostle” — on the GRAMMY-nominated band’s tour for eight dates in November (denoted by an asterisk in full date and market list below).

“I can’t believe I’m staring at all these tour dates, where I will be in actual venues in front of actual human beings,” says McConnell. “My heart is full. I’m also thrilled to have my young compadre Taylor McCall out supporting some of the dates, as well as getting back out on the road with the sweetest and most talented musicians on the planet, The Wood Brothers.”

“A jack-of-all-trades is too cheap a title for the sought-after songsmith… the 13-track collection is an edification incited by the often crippling stillness of an era of unknowns,” notes American Songwriter, while Medium raves, “Without a doubt, A Horrible Beautiful Dream is one of the best yet-to-be-released albums of the year.”

The “lyrically brilliant” (Americana UK) record — which features guests including Natalie Hemby, Fancy Hagood, Dan Tyminski, Audra Mae and more — was produced by McConnell, who penned 11 of the of the album’s 13 tracks on his own (and co-wrote the two others).

Tickets for all dates are on sale now at www.seanmcconnell.com.