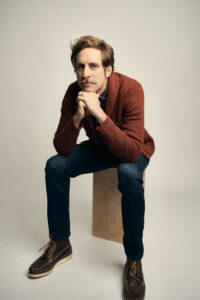 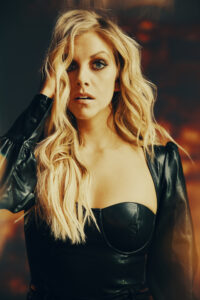 Nashville-based pop/rock singer-songwriter Ben Rector will headline a free concert outside Nissan Stadium to kick off the Sept. 5 World Cup Qualifying match as Nashville hosts USA-Canada, the Nashville Convention & Visitors Corp announced today. Country artist Lindsay Ell will open the show at 4:15 p.m., and Rector will take the stage at 5:15 p.m. prior to the 7 p.m. match. #WorldCup #Nash2026

This will be U.S. Soccer’s first home match of the 2022 FIFA World Cup Qualifying campaign and serves as a preview with Nashville in contention to serve as a host city for the 2026 World Cup. The U.S. team has had some recent significant wins, beating rival Mexico on Aug. 1 in the Gold Cup, after defeating them June 6 in the Concacaf National League final, resulting in two trophies for the U.S. Men’s National Team.

The concert is free and open to the public, including those without game tickets. Game tickets are on sale. Nashville country trio Runaway June will perform the national anthem. Both Rector and Ell are based in Nashville. Ell, who is Canadian, represented Nashville Soccer Club as part of the league’s 25th Season Celebration and helped them unveil their MLS away jersey, called the Nashville Vibe. More details at visitmusiccity.com/worldcupqualifier.

“We see this as a dress rehearsal to World Cup 2026, and having live music is essential to showing FIFA how we stand out from other destinations,” said Butch Spyridon, president and CEO, Nashville Convention & Visitors Corp. “With Nashville’s deep base of talent, we thought it would be fitting and fun to add a native Canadian with our Nashville headliner to add to the spirit of the game.”

The concert will take place on the South Plaza between Gates 8 and 9 at Nissan Stadium. Gates will open at 3 p.m. alongside U.S. Soccer’s official FanHQ event, a pregame fan activation created to extend the fan experience beyond the 90 minutes on the pitch. The event will include music, games, food and more.

“Hosting a World Cup Qualifier is more than just a match; it’s an event,” U.S. Soccer Chief Communications Officer Neil Buethe said. “We are thrilled to be offering fans a memorable experience beyond the field and to be showcasing the best a market can offer. What better way to do that in Music City than a free concert to build energy toward the game?”

With winning at home vital to any team’s chances of qualifying for the World Cup, venue selection is a critical component. U.S. Soccer recognizes Music City’s growing soccer culture and outstanding facilities as key factors in the selection. Nashville was named Best Sports City in 2019 by Sports Business Journal.

Currently home to Nashville SC, the city has developed a rich history of supporting the U.S. Men’s National Soccer Team and drawing impressive crowds. The USA began its march to the 2017 Concacaf Gold Cup title by playing to a 1-1 draw with Panama in front of 47,622 fans – then a record attendance mark for soccer in the state of Tennessee.

A year later, more than 40,000 fans witnessed a U.S. 1-0 shutout victory against regional rivals Mexico. Most recently, the U.S. team overcame Jamaica 3-1 in the semifinal of the 2019 Concacaf Gold Cup. Overall, the USA has amassed a 4-2-1 record in Nashville.

The match against Canada is part of the ‘triple date’ to open World Cup Qualifying during which the U.S. will play three matches in seven days. The campaign kicks off with the USMNT traveling to face El Salvador on Sept. 2 at the 53,000 seat Estadio Cuscatlán in San Salvador. Three days after the Canada game, the USMNT takes on Honduras in San Pedro Sula. Under the new qualifying format, a total of eight teams – increased from six in previous cycles – will compete in the Final Round, with the top three teams advancing to Qatar ’22. The fourth-place team will participate in an Intercontinental playoff for the last spot. The 10 matches in the Final Round had typically been played during the course of 18 months. Due to schedule changes related to the global pandemic and the new format, each team will play 14 matches in a seven-month period. ussoccer.com

You love Ben Rector’s music… you just might not have realized it yet. Called “exactly what the world needs” by The Collegian and praised for a sound that “perfectly encapsulates all the warm feelings” by People magazine, this songwriting polymath has flown a hair’s breadth under the mainstream radar for over a decade. In that time he has amassed over a billion streams across all platforms; played live on a number of national television shows, including Jimmy Kimmel, Conan, The Today Show, and more; had his music featured in over 100 TV shows, ads, and films including Pretty Little Liars and Castle (his single “Brand New” is one of the most licensed songs for television and film in the last five years); hit the number one spot on Billboard’s U.S. Folk chart and the number nine spot on their top 200; mentored stars of tomorrow on ABC hit show American Idol; sold out three consecutive nights at the legendary Ryman Auditorium, as well as countless other theaters and arenas around the country; and that’s just the start – not bad for an artist that’s chosen to remain largely independent. There’s an understated magnetism to Rector and his “meticulously crafted, shamelessly romantic folky pop” (Chicago Tribune). He’s Nashville’s worst-kept, best-kept secret, and if you’ve never heard his name before, now you’ll never forget it. benrectormusic.com

Lindsay Ell’s newest album heart theory was produced by the legendary Dann Huff, and its storytelling highlights Ell’s growth since her debut album on Stoney Creek Records, The Project, which debuted at No. 1 on the Country Album Sales Chart and was named Billboard’s “Best Country Album of 2017.” That album spawned her first Top 20 hit in the United States, as well as her first No.1 on the Canadian Country radio charts – making her the first female artist to top that chart in 10 years. Most recently, she scored her first No. 1 with “What Happens in a Small Town,” her duet with Brantley Gilbert – another milestone moment making her the first Canadian artist to hit No. 1 in the U.S. since Emerson Drive’s “Moments” in 2007, and the first Canadian woman to reach the top of the charts since Terri Clark with “I Just Wanna Be Mad” in 2003. Over the past three years, Ell has shared the stage with some of the biggest acts in the world touring with Keith Urban, Brad Paisley, and Sugarland. She has made multiple appearances on the CMA Awards stage, including playing with Carrie Underwood and performing with distinguished country group, Little Big Town, alongside other powerhouse female artists in one the biggest moments of the 2019 CMA Awards where she was also nominated for Musical Event of the Year. Ell’s nominations do not stop there, she is a 2-time 2020 ACM nominee for New Female Artist of the Year and Music Event of the Year. lindsayell.com