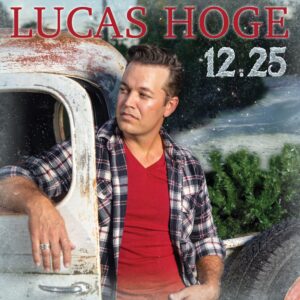 “This is my favorite project to date, not only did I have the best time recording this with such a revered producer in the industry as Kent Wells, I got to have some good friends be a part of this as well,” shared Hoge. “Being able to have one of my musical inspirations, Skip Ewing, duet a song with me and have Jamie O’Neal’s tremendous vocals on “Let It Snow” was a dream. I hope everyone loves this record as much as I do and it becomes a staple to listen to every Christmas season.”

Hoge’s series on Sportsman Channel “GSM’s Hoge Wild” returned for a second season this August, airing Monday nights at 7:30 p.m. EST. “GSM’s Hoge Wild” follows the singer-songwriter on his epic adventures throughout the globe. Hoge, who is the creator and executive producer, shares his passion for wildlife conservation throughout the series, changing the narrative around the hunting lifestyle. The premiere season of the series documents Hoge as he performs overseas, hunts duck, elk, deer, fallow, redstag and hits the open waters in Puerto Vallarta, Cayman Islands and Catalina Island.​ Hoge enlists some familiar faces throughout the series, inviting along friends like Justin Moore and country duo The Swon Brothers for a hunt and hit songwriter Keesy Timmer on his first deer hunt.

Earlier this year, Hoge released a “playful, mischievous” (Taste of Country / Billy Dukes) video for his new single “Get Lost” which premiered exclusively on Taste of Country and was performed live by Hoge on TBN’s Huckabee the week of release. Additionally, the music video for “Get Lost” has garnered over 1 MILLION views on Facebook and YouTube.

THE CADILLAC THREE MAKE A BUZZ-WORTHY RETURN TO NASHVILLE