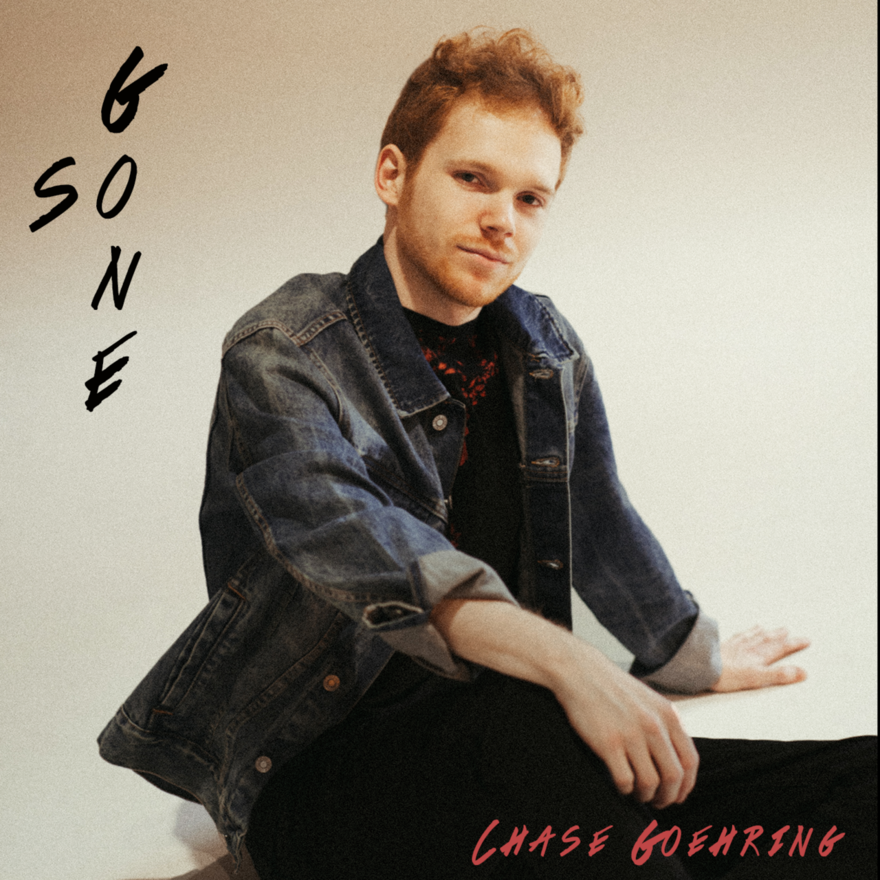 NASHVILLE, Tenn. — Indie Pop recording artist, Chase Goehring (Chase Goehring Music) is set to release his fourth studio recording titled “So Gone.”* The new single, co-written by Goehring and Kyle Rife (Spirit Music Publishing), is the first in a series scheduled to be released throughout 2019 and serves as an introduction to his forthcoming five-song EP (titled CRIMSON) anticipated in mid-September. Produced by Erik Belz and recorded at House of Blues Studios, the track meets with “fan demand” and represents his second digital resurgence since his appearance on America’s Got Talent (Season 12 Finalist-2016); “So Gone” will be available via all digital and streaming outlets (Amazon, Apple Music, Spotify, Pandora, Rhapsody, etc.) on Friday, July 19, 2019.

Composed and produced to cater to listeners with an appreciation for multiple genres, “So Gone” is a universal, musical composition created to satisfy both the sophisticated and simplistic palates. Blending pop synths with acoustic tones and hip-hop swagger and complemented by sensitive lyrics to offer a raw ebb and flow texture throughout, the Goehring original bids adieu to an unworthy lover and holds steady with the exit of emotion and point of no return.

“The song explores the common aspects of a failed relationship–rejection, replacement and acceptance,” Chase Goehring said. “I’m always trying to create meaningful music that people can relate to and I believe ‘So Gone’ will resonate with those who have experienced the heartbreak that comes with a break-up, and the emotional upheaval, turmoil and ultimate resolve to close the door and just move on.”

The single will be available via major digital retail and streaming outlets (Amazon/Apple Music/Pandora/ Rhapsody/Spotify) on Friday, July 19, 2019. Digital retail distribution services will be provided by TuneCore

In what seems like overnight, Chase Goehring graduated from being a local “street performer” to becoming “the contestant to watch” on national television. He quickly became a social media success….and now…Chase Goehring is a sought-after entertainer, in-demand by fans (known the “Chasers”), with an adoration that spans all ages over the world.

While Chase spent his early childhood in Long Beach, CA (his birthplace), he calls Tennessee “home.”

His profound creative spirit led him to become a proficient instrumentalist and vocalist. The self-taught singer, songwriter, musician (guitar/ukulele) and professionally-trained pianist interestingly enough spent more time on the soccer field than placing concentration to focus on the talents of award-winning entertainers as an influence. With a gift seemingly natural-born, Chase created an independent model and sound of his own.

His extraordinary talents captured the attention of national television producers; as a “must-see” contender, Chase performed his original song, “Hurt,” on The X Factor (Season 3/2013) and with a unanimous “YES!” from all four judges, the fiery redhead scored as a Top 10 finalist on America’s Got Talent (Season 12/2017). Chase’s determination and destiny to pursue a professional music career was affirmed when the young performer was applauded with the “Golden Buzzer” by DJ Khaled.

Frank Foster To Play At The Signal. Tickets On Sale Today!