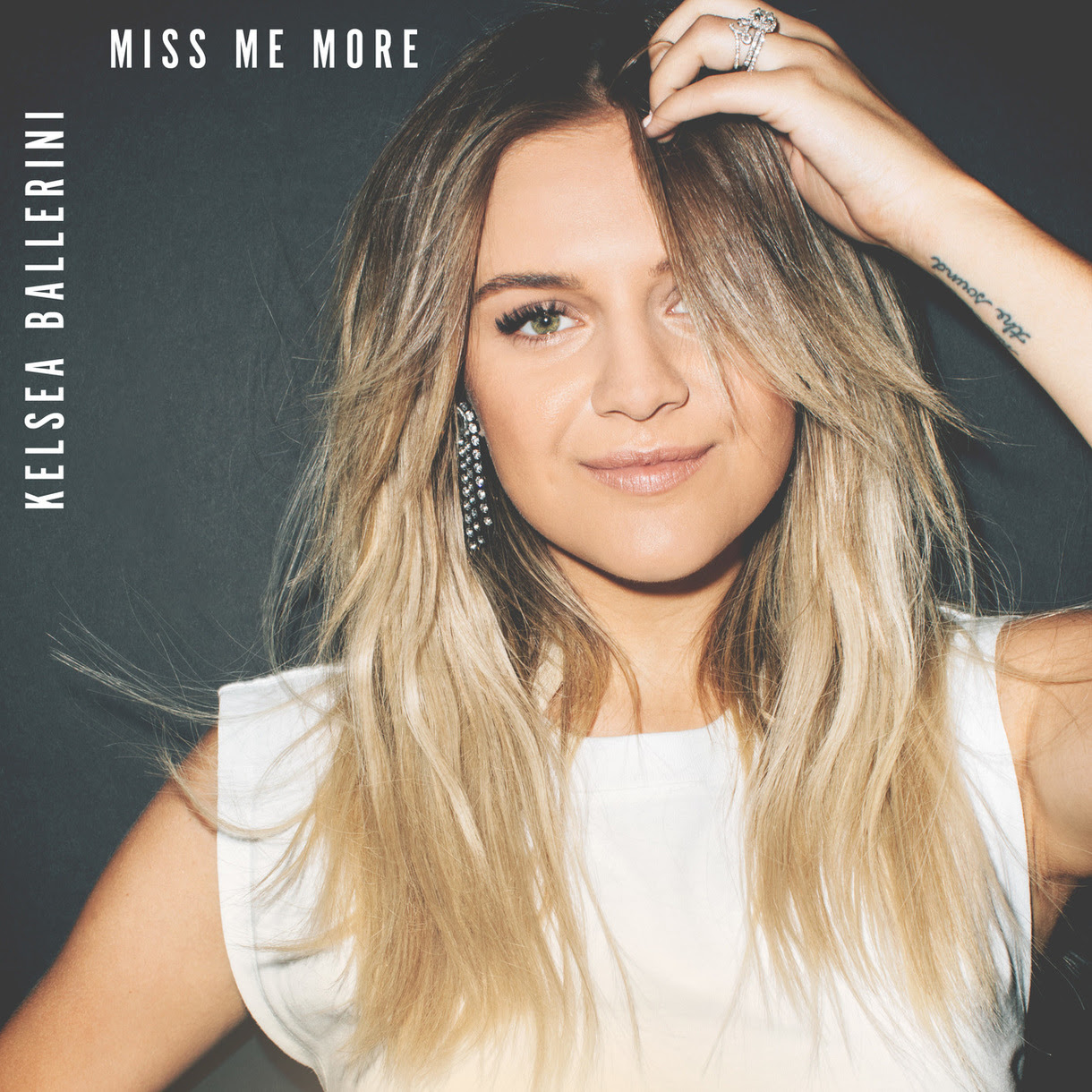 NASHVILLE, TENN. (June 10, 2019) — Black River Entertainment recording artist KELSEA BALLERINI rules the Country Aircheck/Mediabase chart this week with her fifth career No. 1, “Miss Me More.” Notching the first chart-topping single for a female artist in Country music in 15 months, Ballerini was also the last woman in the genre to hit No. 1 with “Legends” in February 2018.

“Whether it’s a partner, friend, colleague, situation, or chapter of life, sometimes we lose a piece of ourselves to someone,” shares Ballerini. This song is all about choosing to spend our energy in a way that lets us be the best version of ourselves for the right people – when they come along. I’m so proud that this song and message got the megaphone of Country radio. Thank you so much for this No. 1!”

Additionally, Ballerini is the only female artist in Country music, including female duos and groups, to achieve No. 1 with her first three consecutive singles – PLATINUM-certified “Love Me Like You Mean It,” “Dibs,” “Peter Pan” – from a debut album [GOLD-certified THE FIRST TIME].

Black River’s SVP of Radio Promotion Mike Wilson finds this No. 1 song especially sweet, “Special thanks to Country Radio for all of the support on Kelsea. You have been big supporters of this song since you first heard it, and now, this is the icing on the cake.”

Spotlighting her “powerful voice and magnetic energy” (Entertainment Tonight), her “bold and brazen performance” (Entertainment Tonight) of “Miss Me More” at last week’s 2019 CMT Music Awards was noted among several “Best Performance” lists including The Washington Post and Redbook. The knockout nominated music video has earned more than 11 million streams on YouTube. Watch “Miss Me More” here. Following the award show with a Thursday (6/6) slot during this year’s CMA Fest, “Kelsea Ballerini wows the crowd on day one,” hailed People, as she played a handful of hits including a surprise onstage collaboration of her “arena-ready anthem” (Billboard), “This Feeling,” with THE CHAINSMOKERS. Making Billboard’s “Best Collaborations” list, CMT also applauded Ballerini and her special guests when they “turned the stadium into a club.”

Fresh off hosting her third consecutive year of ABC’s CMA Fest with THOMAS RHETT, the three-hour primetime concert airs at 8/7c p.m. on August 4 from Nissan Stadium in Nashville, TN. Ballerini is next slated to appear as a celebrity guest artist in an upcoming episode of Songland, NBC’s brand-new songwriting competition, airing Tuesdays at 10/9c p.m.

ABOUT KELSEA BALLERINI:
With more than 1 billion global streams, two-time GRAMMY nominee Kelsea Ballerini’s sophomore album, UNAPOLOGETICALLY, features the #1 hits “Legends” and “Miss Me More,” as a part of the original 12-track compilation all written or co-written by the acclaimed singer-songwriter. UNAPOLOGETICALLY (Deluxe Edition) includes four additional tracks like her collaboration with The Chainsmokers, “This Feeling.” Since her 2015 breakout, the Black River Entertainment recording artist has been honored by ACM, Billboard, and CMT, among several others, and was inducted into the Grand Ole Opry this year as the newest and youngest current member.