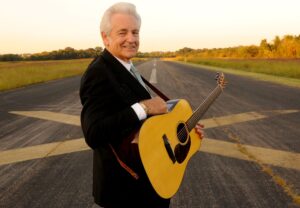 On his newest release, “Once Again,” bluegrass elder statesman Del McCoury leans into a swaggering, swinging, piano-led shuffle; blue as blue can get. “It’s the same night after night, heart broke on a stool under neon lights,” sings one of the most unique and recognizable voices in bluegrass music. “Once Again ” is the second single from McCoury’s upcoming album Almost Proud (McCoury Music), a blue-collar collection of songs that reflect McCoury’s self-image of a working man who chose music as his vocation. Almost Proud, out on February 18, 2022, is comprised of four songs about love lost, one love song that sounds like many others he’s cut as a tribute to his wife of 57 years, Jean, two cheatin’ songs, 2 drinkin’ songs, one extolling the virtues of hard work, and one about a working-class hero standing up to big coal in the West Virginia of the early nineteen hundreds. Today, Relix premiered “Once Again.”Fans can give this beer-soaked blues tune a listen now at this link, pre-order or pre-save Almost Proud right here, and check out the previously released single, “Running Wild,” at this link.
Over the course of the pandemic, McCoury found himself as fully engaged and absorbed by music as he was when he was a teenager, throwing himself into listening to as much music as he could. According to Del, he listened to well over 200 songs, including some that had been in a neglected box in his music room for over 10 years. He listened intently. He listened for songs that excited him. He listened for songs that he would find interesting if he heard them on the radio. When asked about the song selection, Del says, “I’m as excited about listening to new music today as the day I started—finding a new tune or a story that tickles me. This album is the best of what I heard while the world was on pause.” With a strong idea of his favorites, the Del McCoury band entered the studio, mixing in some classics along the way—notably “Rainbow of My Dreams,” which McCoury first heard sung by a young Lester Flatt in the 1940s.
Just like his live performances, McCoury started Almost Proud with his regular point of view: “If I’m not interested, how can I expect the audience to be?” This collection of songs kept 82-year-old McCoury engaged during the pandemic and it’s part of a body of work that ended up being nearly 30 songs—so it’s likely to see a volume 2 in the very near future. At the end of the day, Del may be almost proud of what he’s accomplished, but he’s always proud of the music he records.
The Del McCoury Band will be wrapping up their 2021 tour tonight (11/19) at the Hamilton Live in Washington, D.C., and tomorrow night (11/20) in Albany, New York, at Kitty Carlisle Hart Theatre. For more information and to stay tuned for 2022 tour dates, please visit delmccouryband.com/tour.
https://nashvilleinsider.tv/wp-content/uploads/2021/11/Del-McCoury_2.jpg 1263 2400 Michael Glynn https://nashvilleinsider.tv/wp-content/uploads/2018/04/logo-yes.png Michael Glynn2021-11-23 22:38:242021-11-23 22:43:06Del McCoury Sings His Own Version Of The Blues On “Once Again”
0 replies

BRANTLEY GILBERT SHARES INSPIRATION FOR “HOW TO TALK TO GIRLS”